Somehow I saw you as a weaknessI thought I had to be strongOh but I was just youngI was scared, I was wrong

10,000 Heather Points for whomever can name those lyrics WITHOUT looking them up!!

As I have well-documented on this here bloggy thingy, I set out this summer with a lot of ambitious academic goals. I attended a school meeting in May that described the horrors of the on-average 2 months of school work memory loss that happens each summer and the good solid month or so it takes teachers to get their students back on track every fall.

I was determined not to let that happen because we have our own academic struggles anyway, and I don't need anything else making us fall behind.

So I pushed my children through school work for the first half of the summer. It wasn't all bad. My girls generally like a lot of school subjects, and I think they like the attention I give them when they do school work. It's Mom-time when there can be a scarcity of that in a three-kid household.

But I have a tendency to push too hard, and I became militant in our studies. I was stressed about falling behind, and I let that fear fuel some meanness. I didn't like who I was becoming.

And then I talked to a friend who was SO SAD summer was ending because she had been having so much fun with her kids and didn't want it to end.

And then I realized that I'm an idiot.

And then we started to have a lot of fun.

We went to the beach, or as Jerseyians say "down the shore." 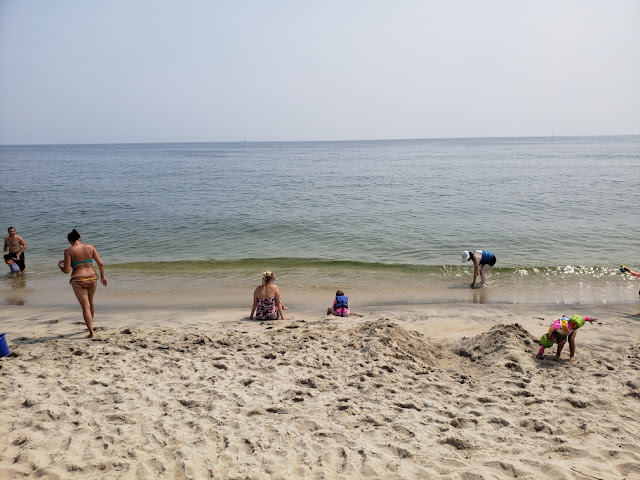 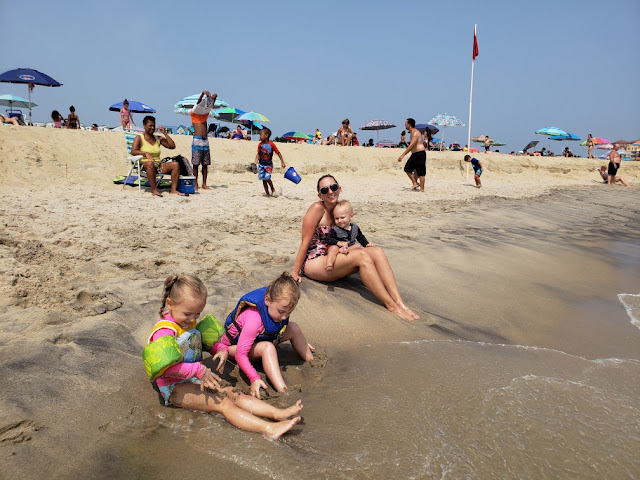 Last weekend, we went into the city 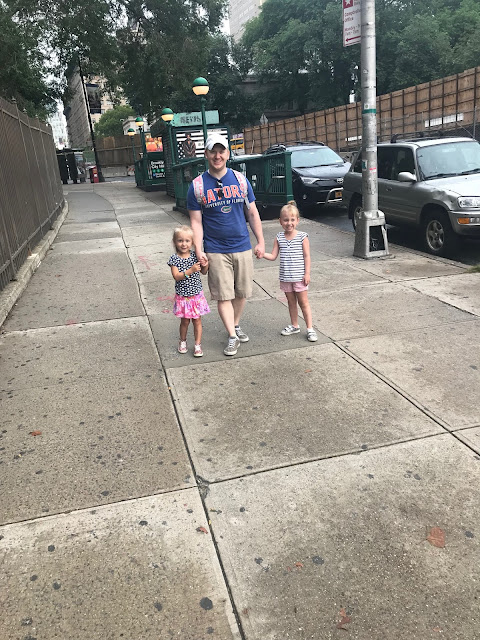 and crossed the Brooklyn Bridge. 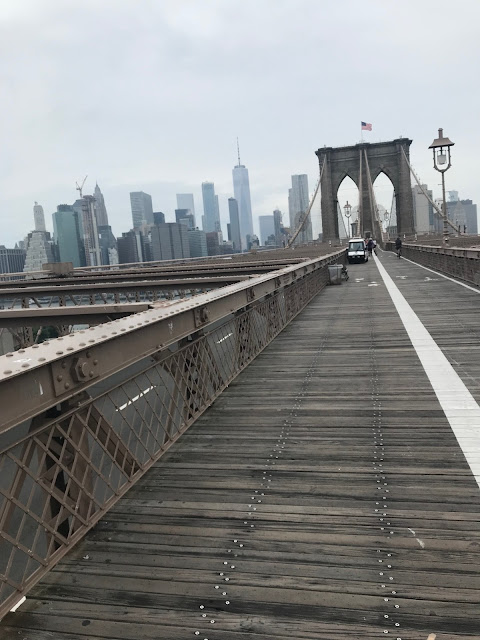 Almost everyone else was a runner, and Gwen was feeling inspired so she ran too. 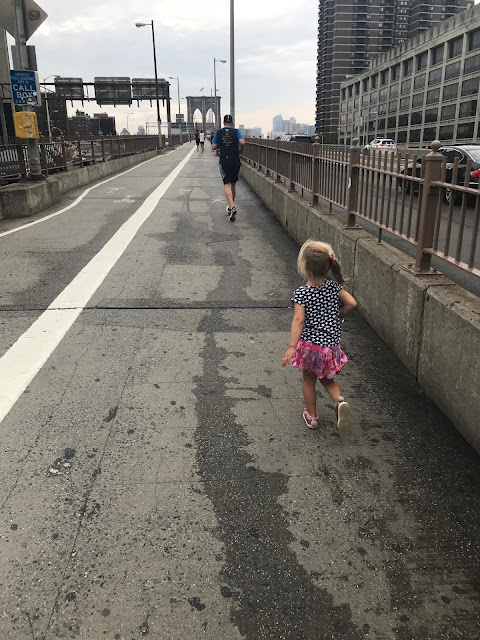 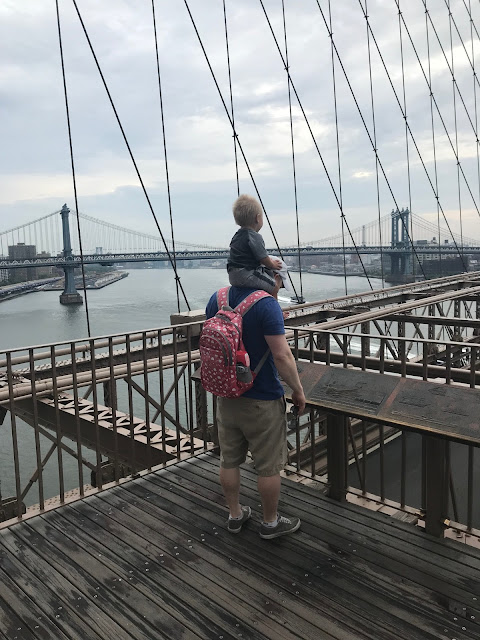 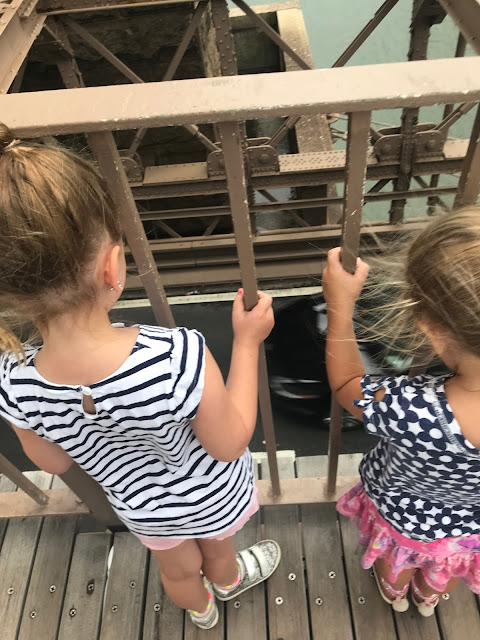 This freaks me out. 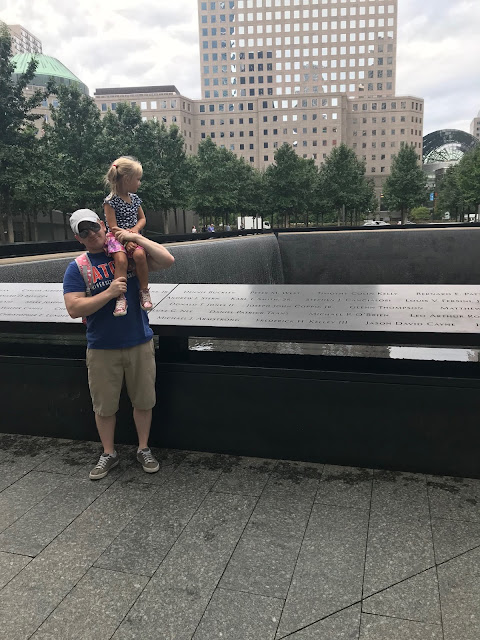 There is a man from our little town here in Jersey that died in 9/11. There's a plaque dedicated to him at the park down the street from us. Next time we go, I'm going to find his name on the memorial.

Dan loves his job. And right now, he's working with Staples a lot, so he had to stop for a picture. Too bad they were closed so he couldn't go in and see how they were displaying his beautiful products. Too. Bad. 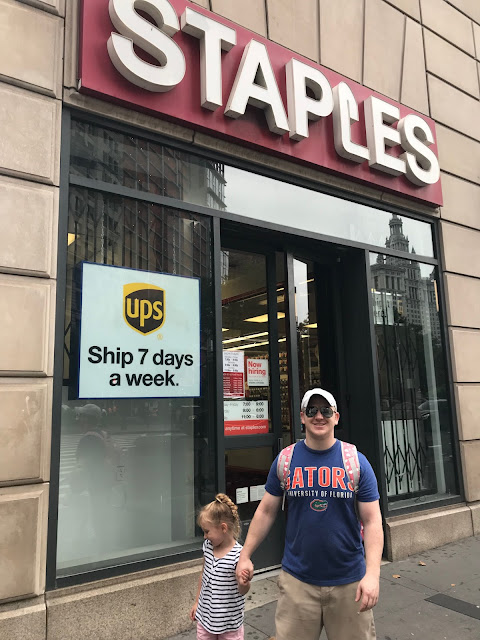 We stopped by a park to let the kids play for a minute. 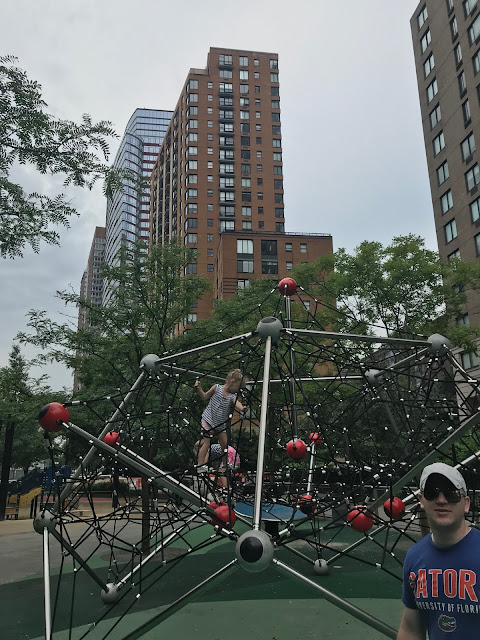 and ate pizza before boarding . . . 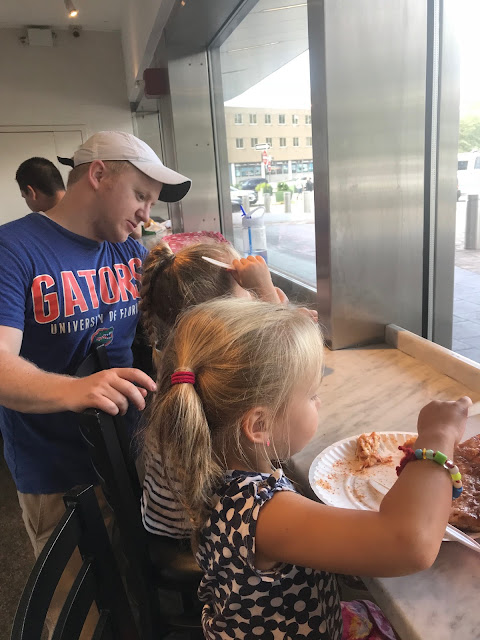 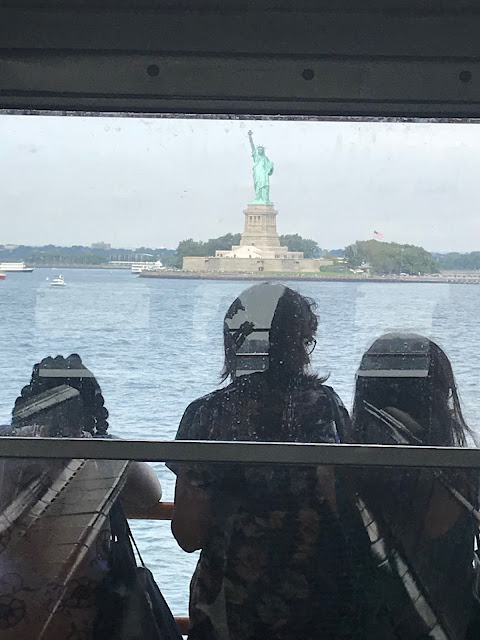 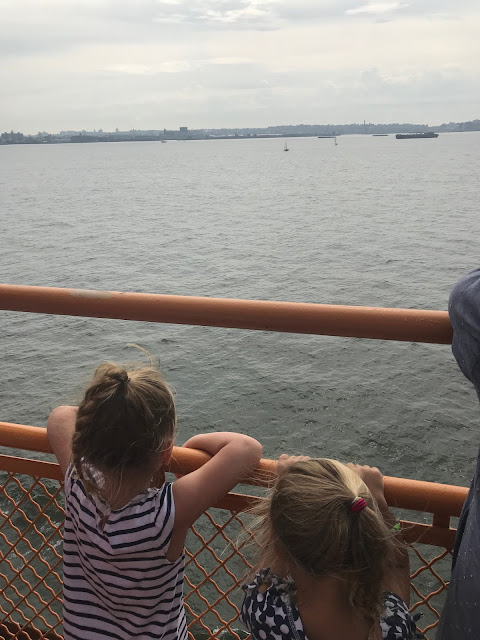 This also freaks me out.

Then everyone either looked or felt like this. So we went home. 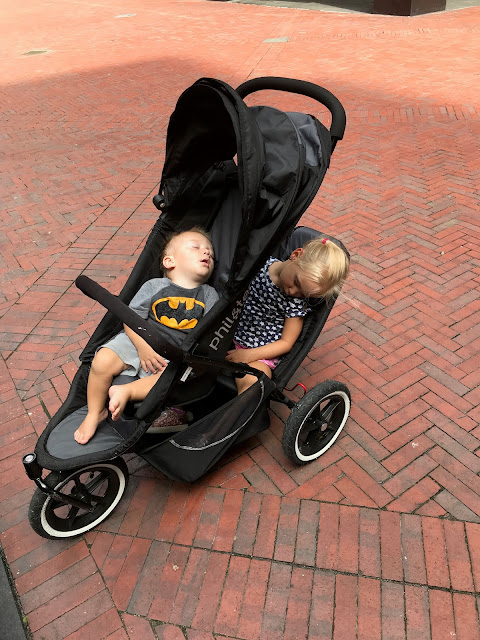 Dan drove, and I only minorly freaked out compared to what I usually do when we drive in the city, and it was a good trip.

Later that night after everyone was in bed, Dan found June like this on our couch. 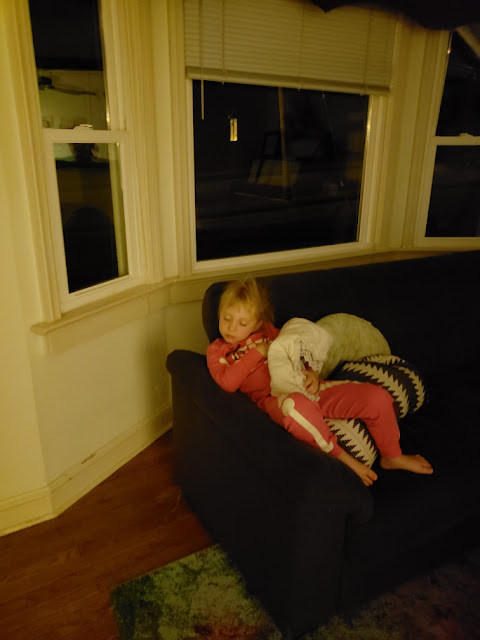 The girls have been listening to TSwift's "Welcome to New York" on repeat ever since.

It's been really rainy here lately, which means lots of home time. Which means lots of claustrophobia time for me. I'm a homebody, but getting out once a day makes staying home the rest of the day seem a treat.

We've been spending more time on schoolwork while we are stuck inside. 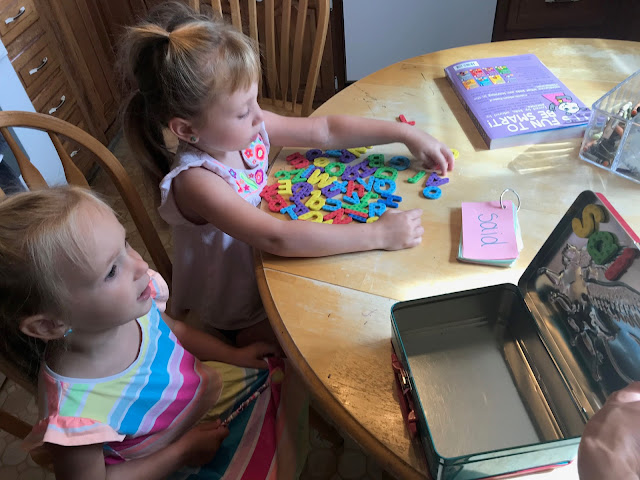 I can now get June to read certain books to Harris--the ones she has memorized. It's awesome. 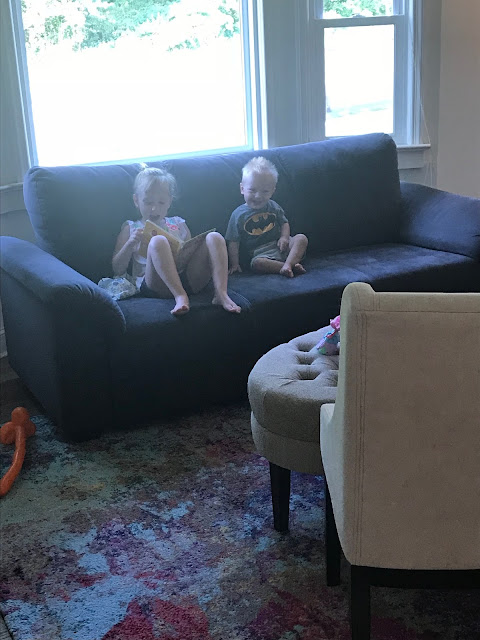 We lucked out at our last library visit because they were playing bingo, and the girls each won a prize. 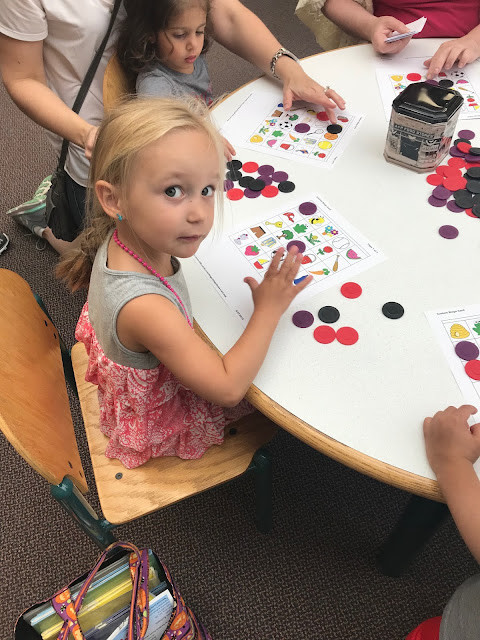 I was in charge of the Pioneer Day sharing time in primary on Sunday, and I managed to get a pioneer to come visit us. 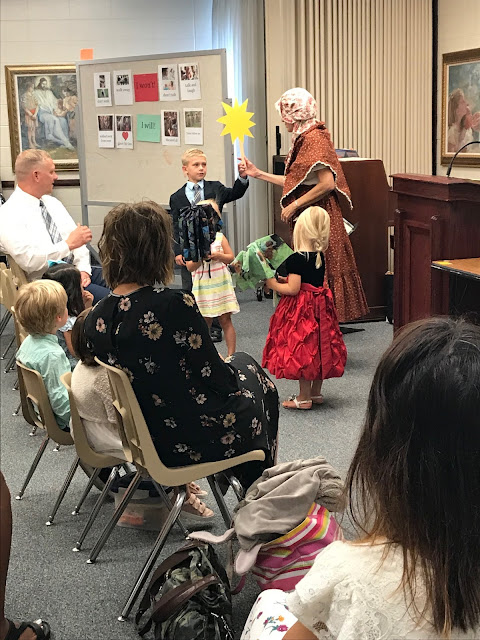 Summer means letting hair air dry and also side braids so that I can pretend I'm still in my 20s. 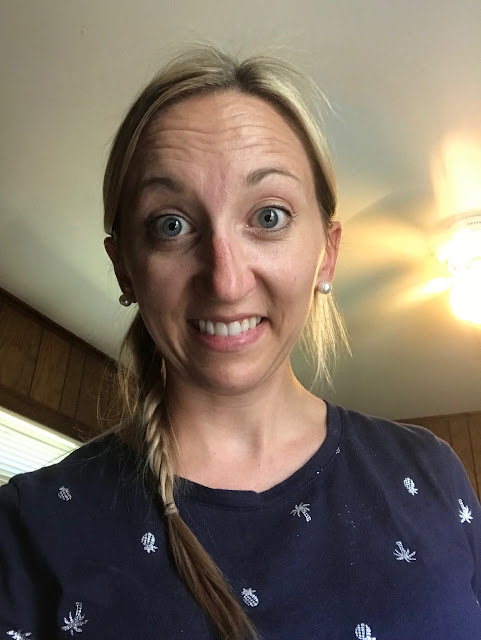 Dan worked from home one day this week, and Harris was dismayed when he closed the door to his office. 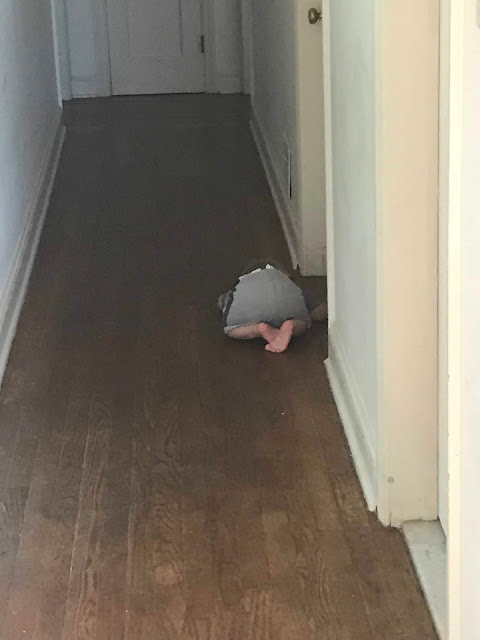 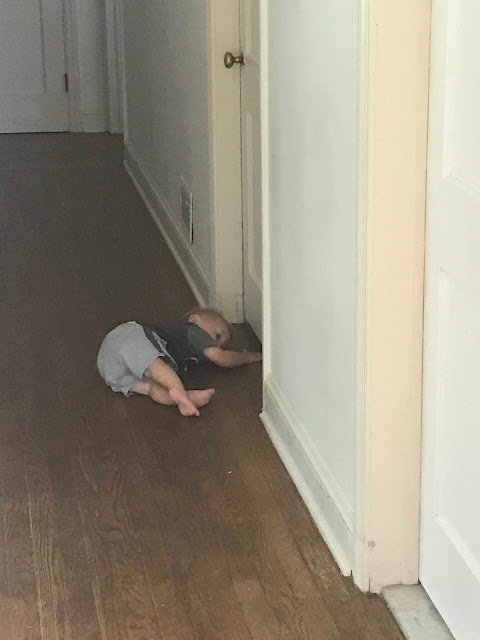 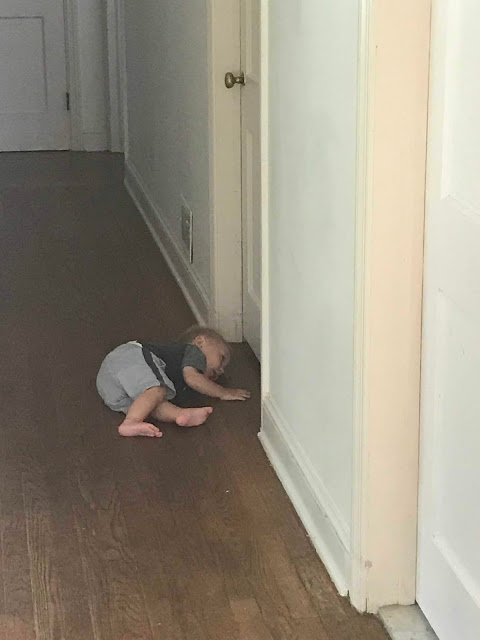 This is also how I feel these days. The rainy summer is dragging on, and I miss Hawaii.